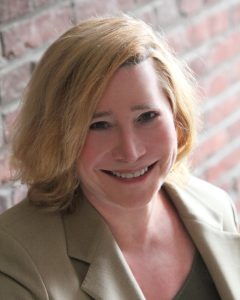 A friend of mine created this short biography which I am happy to share with you:

Dr. Dana Beyer has always been immersed in politics and social change. Growing up in New York City with her social conscience formed by traditional Jewish ethics, most of her strongest childhood memories and emotional milestones were formed by our nation’s most courageous leaders. As a child, Dana was inspired by Dr. Martin Luther King and the civil rights movement of the 1960’s. She remembers President Kennedy’s ringing words during his Inaugural Address, “Ask not what your country can do for you, ask what you can do for your country.” It was Robert Kennedy’s candidacy for President, during Dana’s sophomore year in high school, that first spurred her to take action and to become part of the political process. And the first time she ever set foot in a church, and cried in public, was while viewing Senator Kennedy’s casket lying in state in St. Patrick’s Cathedral. It was the strength and bravery of these slain leaders that forged Dana’s dedication to do her part to continue the progressive missions of these men. Half a century later she was proudly inducted into the Montgomery County Human Rights Hall of Fame in 2014.

As a longtime resident of Chevy Chase, Dana has stood by her neighbors by working with numerous organizations, led by leadership positions at Progressive Neighbors, the Progressive Working Group and Gender Rights Maryland, where she serves as Executive Director. She is currently the national chair of the Board of Advisors of Freedom to Work, the nation’s only national LGBT organization dedicated to equality in employment, a member of the board of Keshet, the national Jewish LGBT Outreach and Education organization, and the EqualityGiving LGBT donor advisory board. She was the Vice President and longest serving board member in the history of Equality Maryland, led Basic Rights Montgomery and helped found Equality Montgomery County. She served three full terms on the board of the National Center for Transgender Equality and one term on the Board of Governors at the Human Rights Campaign, as well as the Democratic National Committee’s Gay and Lesbian Leadership Council. She has served on the board of MD NARAL, as well as A Wider Bridge, dedicated to bringing together the global Jewish LGBTQ communities. She is Regional Advocacy Chair at J Street, and a member of the J Street National Finance Committee. She serves as a member of the President’s Council of Cornell Women. She helped create the DES Sons International Network for which she served as medical advisor for over a decade. She co-authored the historic Dallas Principles in 2009, and worked on the committee that re- wrote the text of the DSM’s Gender Identity Disorder diagnosis, published in 2012 by the American Psychiatric Association under the title, Gender Dysphoria.

She has been an active member of her synagogue, Tifereth Israel Congregation, for twenty years, as well as a board member with teachthefacts.org, a Montgomery County parents’ coalition which brought a modern comprehensive sex education curriculum to our public schools. She has supported quality education at Bethesda Chevy Chase High School, attended by her sons and the professional home of her ex-spouse. She served for five years on the board of Mobile Medical Care, the county’s leading provider of medical care to the uninsured and homeless, and while serving as Senior Adviser to Councilwoman Duchy Trachtenberg helped found the Family Justice Center in Rockville, to provide comprehensive support to victims of intimate partner violence. She managed the Montgomery County Reproductive Health and Education Advocacy (RHEA) for Councilmember Trachtenberg, and has worked with the Mental Health Association and NAMI to support those needing care for mental health issues. She served on the Community Bridges advisory board and was Executive Vice President of Maryland NOW, and has served on the Montgomery County Criminal Justice Behavioral Health Initiative Steering Committee, the Board of Social Services, and currently the Montgomery County Committee on Hate/Violence.

Politically, she was a member of the Democratic Party’s Rules Committee, having served while a member of the Maryland Democratic Party’s delegation to the 2012 Democratic National Convention in Charlotte. That summer she served on the Ballot Question Advisory Committee of the county Democratic Party, providing guidance to the county’s political establishment in choosing their positions on the November ballot questions,
including marriage equality, the Dream Act, redistricting and casino gambling expansion. She served on Senator Ben Cardin’s re-election steering committee in 2012, as well as the LGBT Steering Committees of both Senators Clinton and Obama in 2008, President Obama in 2012, and Secretary Clinton in 2016. She has also served on the Chevy Chase Village budget committee.

Her advocacy and activist life has been marked by her work reclassifying being transgender from a mental illness to a medical condition, her leadership in passing three Maryland county gender identity anti-discrimination laws and, finally, in 2014, the state anti-discrimination law, and, in 2008, defending the Montgomery County law against extremist opposition and violence directed towards the nation’s first “bathroom bill.” She worked to make marriage equality a reality in Maryland, served as the lead County
Council staffer in banning artificial trans fats (to be banned nationwide by the FDA in 2018) and Crisis Pregnancy Centers in Montgomery County (currently tied up in court), and led an ad hoc coalition to defeat the education voucher “BOAST” bill in Annapolis in 2010.

She attended Orthodox Jewish day school and then commuted for four hours daily while attending the prestigious Bronx High School of Science. She is a 1974 Phi Beta Kappa graduate with distinction of the Cornell University College of Arts and Sciences, and a 1978 graduate of the University of Pennsylvania School of Medicine. She worked as a physician and surgeon in President Obama’s father’s homeland in Kenya, where she delivered babies, treated burn victims and others with diseases no longer seen in the United States. She also saw first-hand the carnage wrought in neighboring Uganda by the tyrant Idi Amin, as refugees escaped across the border into Kenya.

Following her internship in internal medicine at the George Washington University Hospital, she completed her residency in eye surgery at the prestigious Bascom Palmer Eye Institute in Miami, Florida, rated annually as the top eye institute in the world. She provided care to hundreds of the Mariel refugees from Cuba during her training, reconnecting her with her childhood growing up in New York amongst Cuban refugees
who had lived in Havana in the 1920s with her grandparents.

Upon completing her residency, Dana once again traveled abroad. This time she used her new skills as an eye surgeon for the treatment of the Nepalese people in the foothills of the Himalayas, while working for the World Health Organization’s Prevention of Blindness Program. The experience of performing cataract surgery with the equivalent of a can opener and other crude tools made her appreciate the blessings of having been trained in the United States.

Once back home, she took a job in Hattiesburg, Mississippi, serving the residents of south Mississippi as a glaucoma and retina specialist and drawing patients from as far away as El Salvador. She was one of the few surgeons in the area willing to see Medicaid patients, and provided quality care to a large population of underserved African- American and Cajun patients, performing nearly 10,000 surgical procedures during her
career. She has also published in peer-reviewed scientific and medical journals such as the Journal of Biological Chemistry and Ophthalmology. In late 1990, Dr. Beyer retired from clinical practice, and after divorce she worked to rebuild her life, being the best parent she could to her two young children, while completing her gender transition. Today she is a proud grandmother of two girls.

During the 1990’s she learned to manage family investments with a team of like-minded investors, and still works in the realm of private equity and start-ups. Married again in 1997, she soon had primary custody of her two growing boys, both of whom are now successful entrepreneurs. She returned to college at the University of Maryland to complete course work which could lead to a Master’s degree in Organic Chemistry, a love of hers since college which she had never pursued. She helped collect and publicize research on the effects of endocrine disrupting compounds such as DES and DDT on human sexuality and reproduction, as well as providing personal support and mentoring. In 2005, she presented a paper with her colleagues Drs. Scott Kerlin and Milton Diamond to the International Behavioral Development Symposium, delineating the impact DES has had in causing intersex and transgender variations in human beings.

Her LGBT advocacy led her to run for Maryland state delegate first in 2006, as a virtual political unknown, and then again in 2010. She came in fifth in 2006, and fourth in 2010, with the top three earning election to the three delegate seats. In 2014, she challenged her incumbent state Senator, garnering 42% of the vote, the best showing of any Senate challenger in the state. Each campaign made her more determined to continue serving her district, her county and her state, which she has done 24/7 over the past decade. Her colleagues and friends routinely remark to her, “You’re everywhere!” Understanding that the most important aspect of politics is “showing up,” she has continually shown up throughout the region, and has created positive change in the lives of her neighbors.